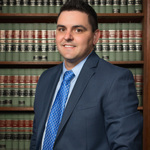 Today, Christophe represents clients who were seriously injured in accidents.  Christophe is a personal injury attorney who has successfully represented over fifty clients in State and Federal Court.  Christophe has helped his clients recover millions of dollars in a variety of matters including: car/automobile accidents, 18 wheeler accidents, premises liability accidents, and maritime accidents.